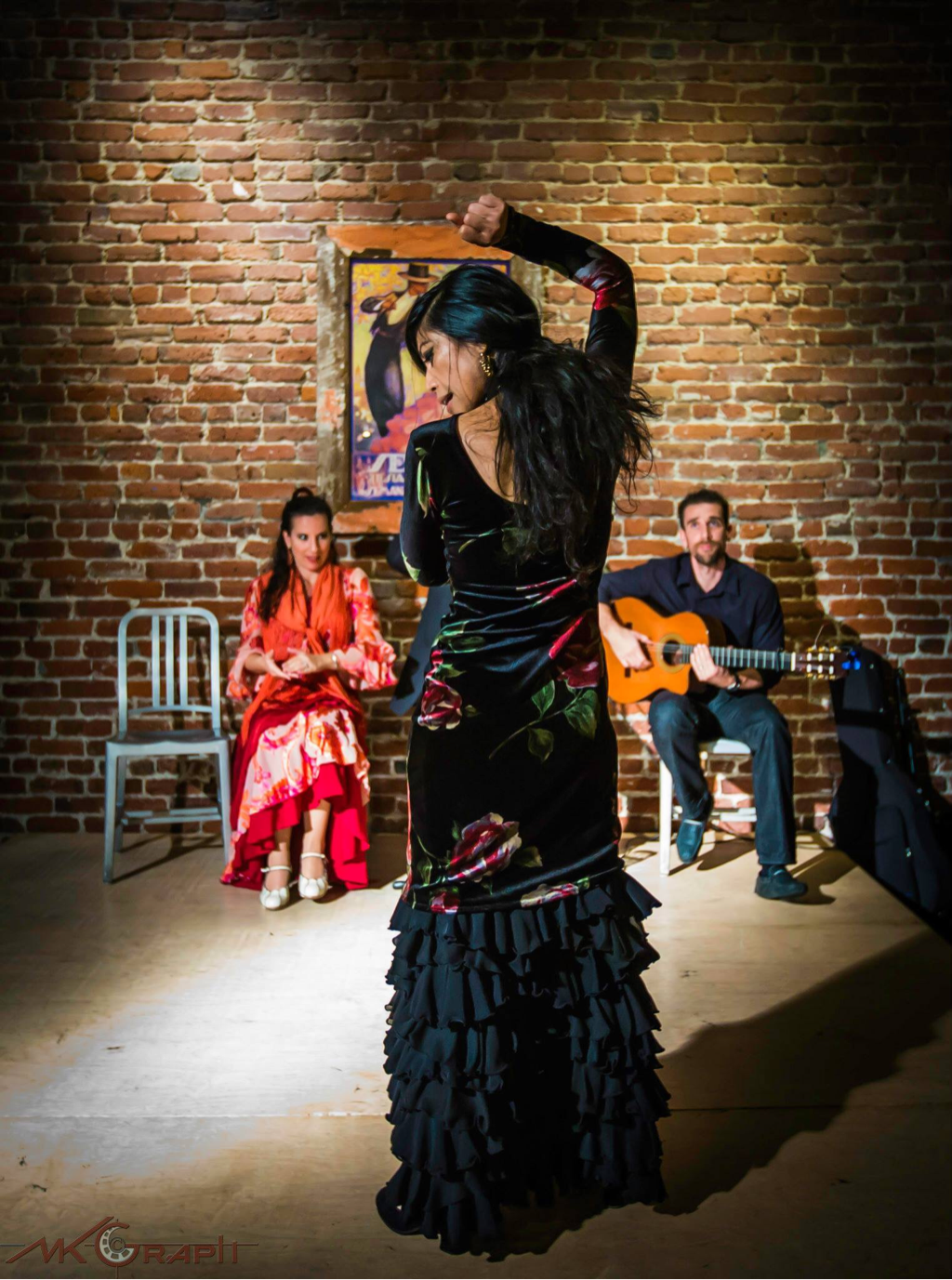 Melissa Cruz is a Bay Area-based flamenco professional and has been a full-time flamenco artist and instructor for the past 15 years.  She began training with the Bay Area’s acclaimed flamenco master Rosa Montoya and soon thereafter, joined Ms. Montoya's professional company. Melissa has performed as a soloist in the San Francisco International Arts Festival and has presented in eight San Francisco Ethnic Dance Festivals, twice as a featured soloist. In 2013, she was commissioned to present a solo representing the genre of flamenco in the San Francisco Isadora Duncan Awards Ceremony.  She teaches a full schedule of classes and mentors her students in their development of flamenco knowledge and interpretation culminating in formal annual recitals, of which she has produced seven consecutively.  Enjoying a concurrent musical career, she is percussionist/drummer/dancer with several active musical projects.  She currently continues as principal dancer and choreographer for the San Francisco Flamenco Dance Company and has collaborated with Flamenco Fever (Dallas) Oleaje Flamenco (Seattle), Quiero Flamenco (Spokane), Arte y Pasion (San Antonio), Ballet Flamenco La Rosa, (Miami), Tuscon Flamenco Festival (Tuscon) St. Louis Flamenco Society (St. Louis MO), Flamenco Pacifico (Portland OR) Theatre Flamenco of San Francisco and Caminos Flamencos (San Francisco).  Recently, she was Artistic Director of "The Flamenco Room" San Francisco’s longest running cabaret flamenco show.  Summer 2021 saw Melissa featured in the one-woman flamenco theater play, "Flamenco on my Own" produced in collaboration with Ballet Flamenco La Rosa in Miami and as a featured performer and instructor at the Festival Flamenco Albuquerque presented by the National Institute of Flamenco. She continues to be a Producer for Arts in the Basin, curating the program’s Friday night live performances.
In addition to her accomplished artistic career, Melissa is a Bachelor of the Arts graduate of UC Berkeley and holds a Juris Doctor degree from University of San Francisco.
As described by Rachel Howard of the SF Chronicle: "Any dancer could make pained faces. But Cruz is clearly possessed by the duende -- the spirit that drives this deeply introspective art."

"New stars in Caminos Flamencos"
Rachel Howard, Special to The San Francisco Chronicle
Tuesday, October 26, 2004
A Caminos Flamencos performance brings several guarantees: virtuosic music, striking lighting and a closing tour-de-force solo by artistic director Yaelisa to draw shouts of "olé!"
The sassy, mono-monikered Yaelisa is one of her form's most prolific local proponents and the
founder of the New World Flamenco Festival in Irvine. But she's also spent her last 14 years in the flamenco-crazy Bay Area training a new generation of dancers. And in the company's latest show, which played the Yerba Buena Center for the Arts Theater over the weekend and repeats at San Jose's Mexican Heritage Plaza on Thursday, she hands the spotlight to a protege of dazzlingly soulful maturity.
Melissa Cruz takes the stage wrapped in a turquoise shawl for her soleares, fringe dripping dramatically from her arms with every commanding pause. Dark and defiant, she winces as her back arches, grimaces as her frenzy of crisp footwork climaxes. Any dancer could make pained faces. But Cruz is clearly possessed by the duende -- the spirit that drives this deeply introspective art.
Powered by